January 24, 2016 By Chander in Politics, Programming Leave a comment 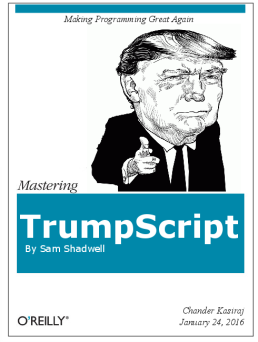 There’s a New Programming Language Based on Donald Trump. Just like he is making America great again, TrumpScript will make programming great again.

To code in TrumpScript is to write in malformed sentences consisting of only pre-approved words (all other words are stripped out) and only a small subset of logical operators afforded in other programming languages. “True” or “false” are instead “fact” or “lie,” and error messages only criticize your code rather than help track down your bug.

For example, if you use a word that’s been banned, the error message will read:

Some more “features” of TrumpScript: